Broken Promises – Let’s Get Back On Track 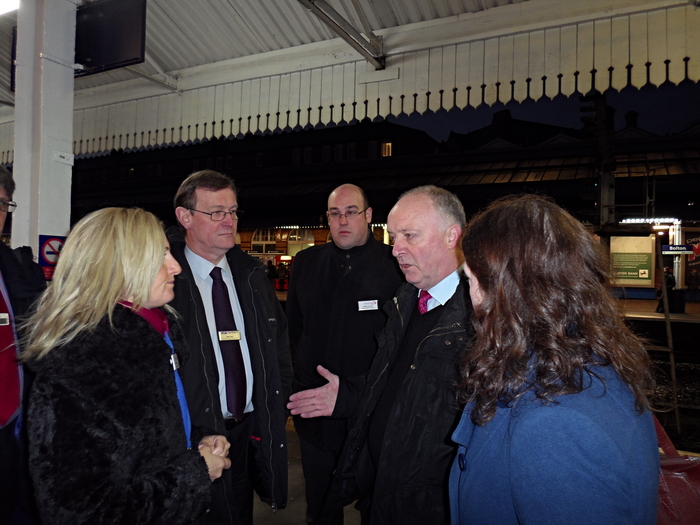 Last winter I started a campaign to tackle overcrowding on Bolton’s trains.

Electrification of rail lines around the North West was beginning, and for years it had been said that while Bolton’s line was the last to be upgraded it would benefit from the addition of diesel carriages from other areas when their electrification was complete.

However, this promise was not kept. Trains were being redirected around Bolton from December and there was no sign of relief for our remaining packed services.

You can read the full story of the campaign here, but it ended with a personal promise from the Prime Minister that Bolton train services would have 200 extra seats on the morning rush hour services before the end of the year.

I said at the time that I would believe it when I see it and I arranged to meet with Northern Rail on 12th November to check on the progress of this commitment, I wanted to make sure we’d have our extra carriages in time for the extra Christmas crowds.

Just days before this meeting it was announced that delays on the Manchester-Liverpool electrification would mean Bolton wouldn’t be getting the extra carriages.

When I met with Northern Rail I was told that Network Rail are responsible for the delays and they will not commit to any extra carriages until the electrification of the Manchester-Liverpool line is finished.

This is simply unacceptable. It seems like we’ve had 20 years of promises that things will get better in the future while people are left fighting to get on a train every morning. Yet when the train companies want to increase their fares, like the recent introduction of peak-time prices in the evening, there’s no delay and the only unanswered question is what on earth are we paying for?

Somebody needs to take responsibility for this. As the Prime Minister saw fit to make this his business when he breezed into Bolton making promises he couldn’t keep, I think it’s only right that he should be the one to take responsibility. I will be raising this with him at the very first opportunity.