Grassroots Football: A Matter Of Life And Death? 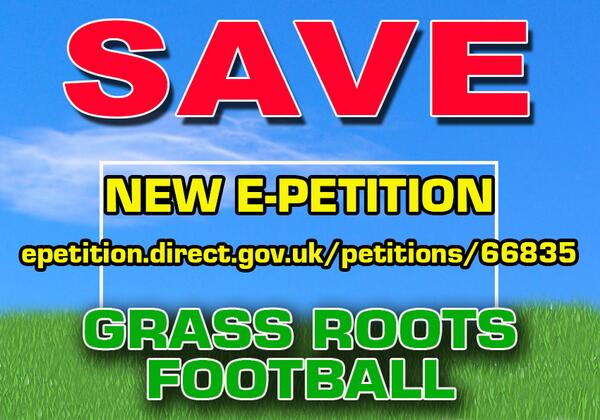 This Friday I’ll be speaking at a special event discussing the future of grassroots football.

As you may know I have been campaigning for the Premier League to put more money into grassroots football and it would be great to see some of my constituents come to join the debate at Accrington Stanley FC.

An £835 million was spent by Premier League football clubs during the last transfer window; £757 million was spent building Wembley Stadium; £105 million has been spent on St George’s Park training complex, football seems awash with money. Yet, amateur and grassroots football leagues up and down the country are dying because of rising costs and poor facilities, as more and more young people turn their backs away from playing our national game.

Join MPs, the Houses of Parliament Outreach Service and Grassroots campaigners at Accrington Stanley Football Club on Friday 21st November at 7pm as we debate, discuss and seek ways to increase dialogue amongst Parliamentarians, lobbyists, campaigners and football enthusiasts about the way grassroots football is organised, governed and financed in this country.

How can we improve the state of grassroots and amateur football for the long term benefit of football in this country? How can grassroots football be saved?

Speakers at the event will include:
 David Crausby MP for Bolton North East (originator of the e-petition ‘save grassroots football‘)
 Graham Jones MP for Hyndburn and a member of the All Party Parliamentary Football Group
 Kevin Rye – Supporters Direct
 Kenny Saunders from the ‘Save Grassroots Football Campaign’

Entry is free. Food will be served.

If you care at all about the future of grassroots football in the UK, come along and let your feelings, opinions and recommendations be known.

To reserve your place go to https://grassrootsfootball.eventbrite.co.uk