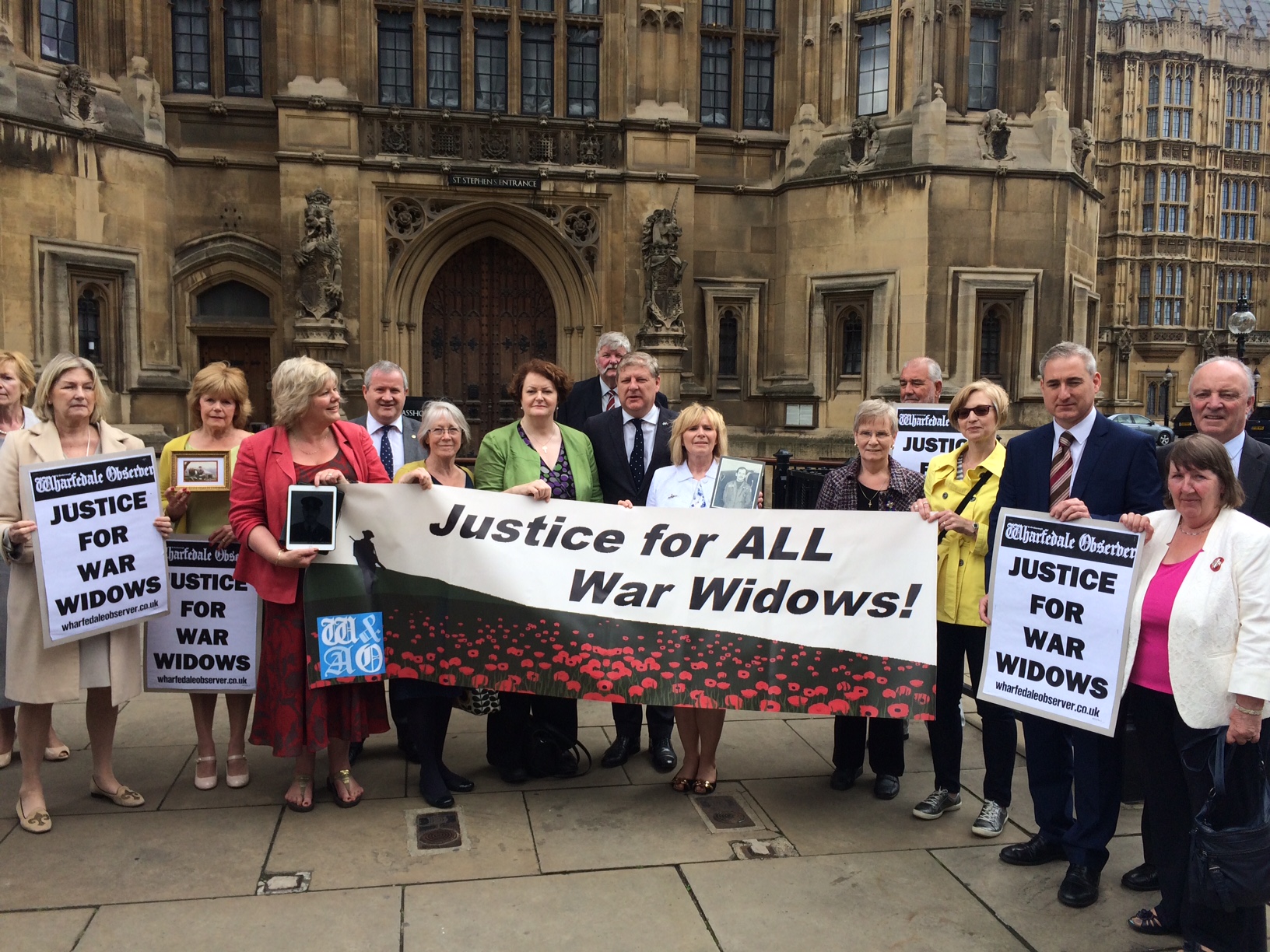 Earlier this year I met with a group of women in Parliament who have been unjustly impacted by the Government’s policy on War Widows’ Pensions.

In the past, women who were widowed and later remarried had to give up their compensation. This policy no longer applies and widows today are rightly able to keep their entitlement. However, nothing has been done to rectify the situation for those who were widowed between 1973 and 2005 and lost their compensation. It is estimated the 200-300 women have been disadvantaged by this loophole.

I believe it is right for these women to be compensated.

I submitted an official written question in Parliament to the Secretary of State for Defence and asked that the Government adopt the restoration of their entitlement as policy.

I am disappointed that the Minister says there are no plans to do this, but it is encouraging to hear that the Ministry of Defence will be investigating potential options to aid those affected by the loophole.

As a nation we have formally adopted The Armed Forces Covenant; a promise from our country that those who serve or have served in the armed forces, and their families, will always be treated fairly. Failure to act and rectify the injustice done to these war widows would completely contradict this.

I will continue to pursue this matter with the Government. I do not want to see them kick it into the long grass and hope that it goes away.