A wage that meets the cost of living 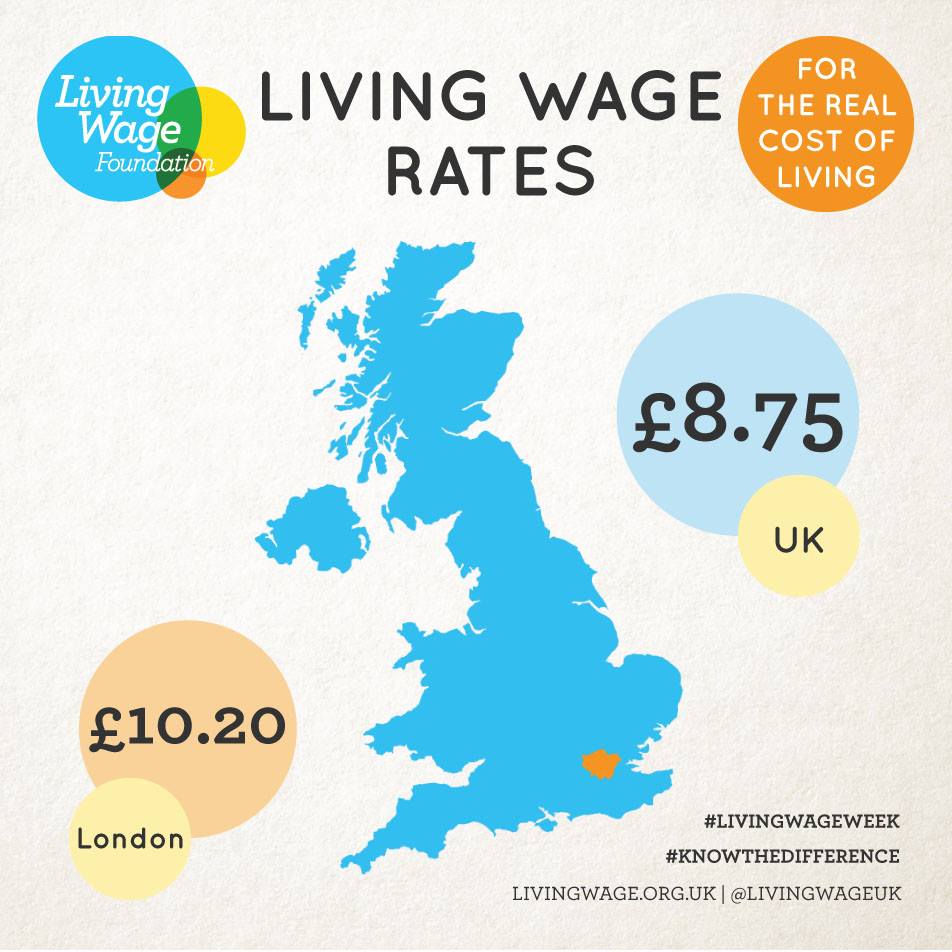 Wages in Britain today simply do not match the cost of living. The gap between the richest and the poorest continues to increase and in-work poverty is becoming a major problem all across the country.

The Government branded “National Living Wage” is £7.50 and those under 25 are entitled to less, even when doing the exact same job as an older worker at the same company.

This is not a real Living Wage by definition. A Living Wage is a concept that has existed for a long time. A fair wage that meets the basic costs of living, such as household bills, housing, transport and groceries.

This week the Living Wage Foundation have announced their updated figures for the Living Wage based on the current cost of living. People need to make £8.75 an hour just to make ends meet.

If we want to tackle issues like inequality, the high cost of living, and rising personal debt we need to start looking at wage stagnation and make sure low paid workers make at least enough to pay the bills.

Find out more about the Living Wage here.