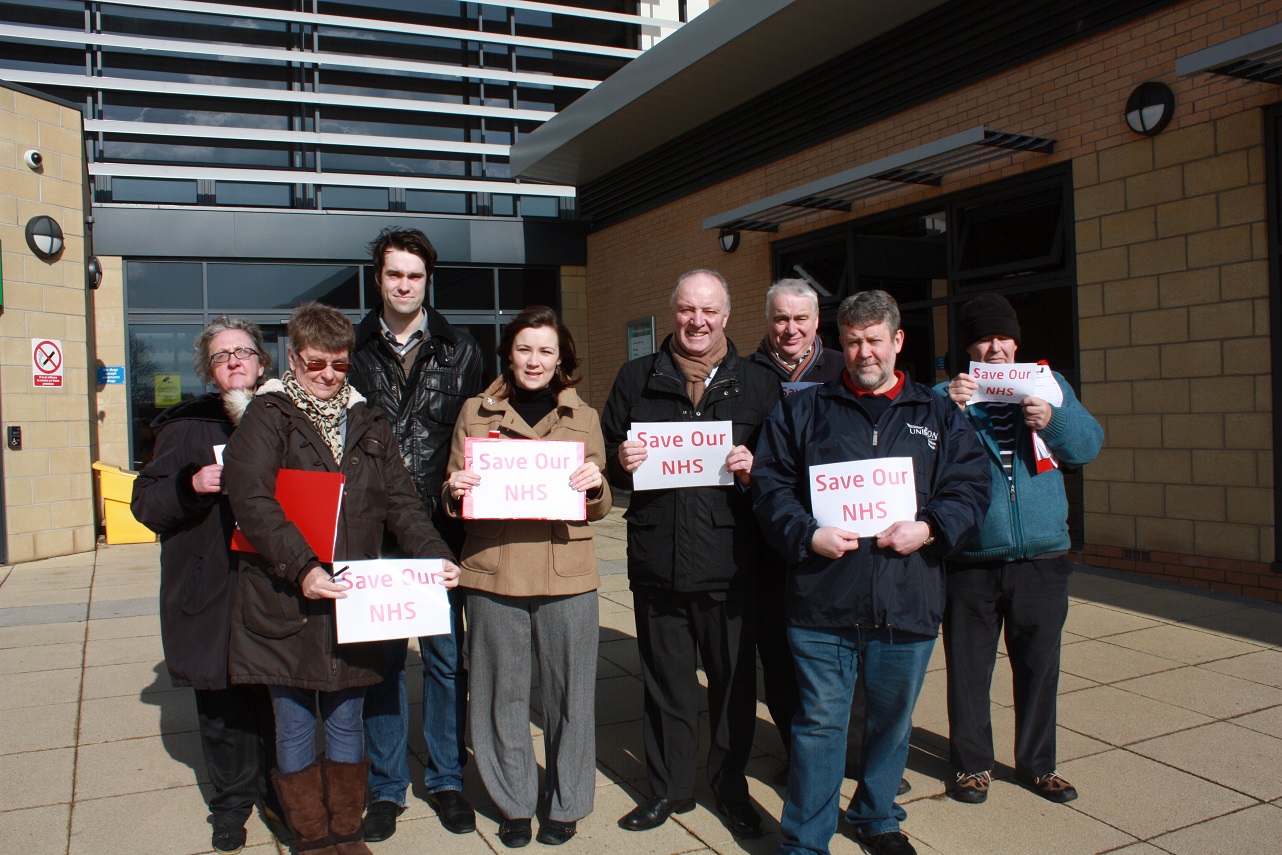 Campaigning for the NHS in Breightmet, 2012

Last week I visited the Royal Bolton Hospital to meet with their Chief Executive, Jackie Bene.

I was there to discuss the use of mixed-sex hospital wards, which you can read about here, but we also discussed the challenges facing the National Health Service in general.

The Royal Bolton Hospital was put under great pressure this winter due to an intensive and early outbreak of flu. Several weeks before any other local hospitals reported cases, people were at Bolton A&E seeking treatment for serious illness.

Last October I spoke to the Bolton News about poor uptake of the flu jab among vulnerable groups. Despite this year’s jab being one of the most effective we sadly still saw a number of flu related deaths in Bolton. I will continue to work with the NHS to promote the importance of vaccination in future.

The biggest problem facing NHS services seems to be staffing levels. This is an issue I have raised concerns about in the past, for example when Chorley A&E was closed with no notice simply because they couldn’t find enough doctors to work there.

Across the NHS we have seen huge numbers of nurses leaving the profession due to the pressure they face, which in turn adds pressure on to those who remain.

I know of a local GP practice that considered closure due to a shortage of doctors and our hospital, like many others, spends a fortune on locums to keep staffing levels safe as there are so many unfilled vacancies.

If we are to meet the challenges of growing demand on our NHS we need to do more to address the problems of recruitment.

The Government need to get a grip on training. It takes years to train new doctors and nurses but we are not doing enough to encourage greater numbers of people to train for these roles. With a growing elderly population we need to think long term if we are to meet the future demands that the NHS will face. The Tories were wrong to scrap the nurses’ bursary, for example, at a time when we need to encourage more people to move into this profession.

Of course we also need immediate action to help fill the vacancies we have. Recent reports have shown that in some areas only 1 in 400 nurse vacancies are being filled. Unfortunately fewer people from the European Union are willing to take up opportunities in the NHS because of the uncertainty they face if they do so. Ministers must make it clear that doctors and nurses who meet NHS standards are welcome wherever they are from, as they have a huge contribution to make for the good of us all.

The NHS is a priority issue for me and I shall continue to raise my concerns with the Government. 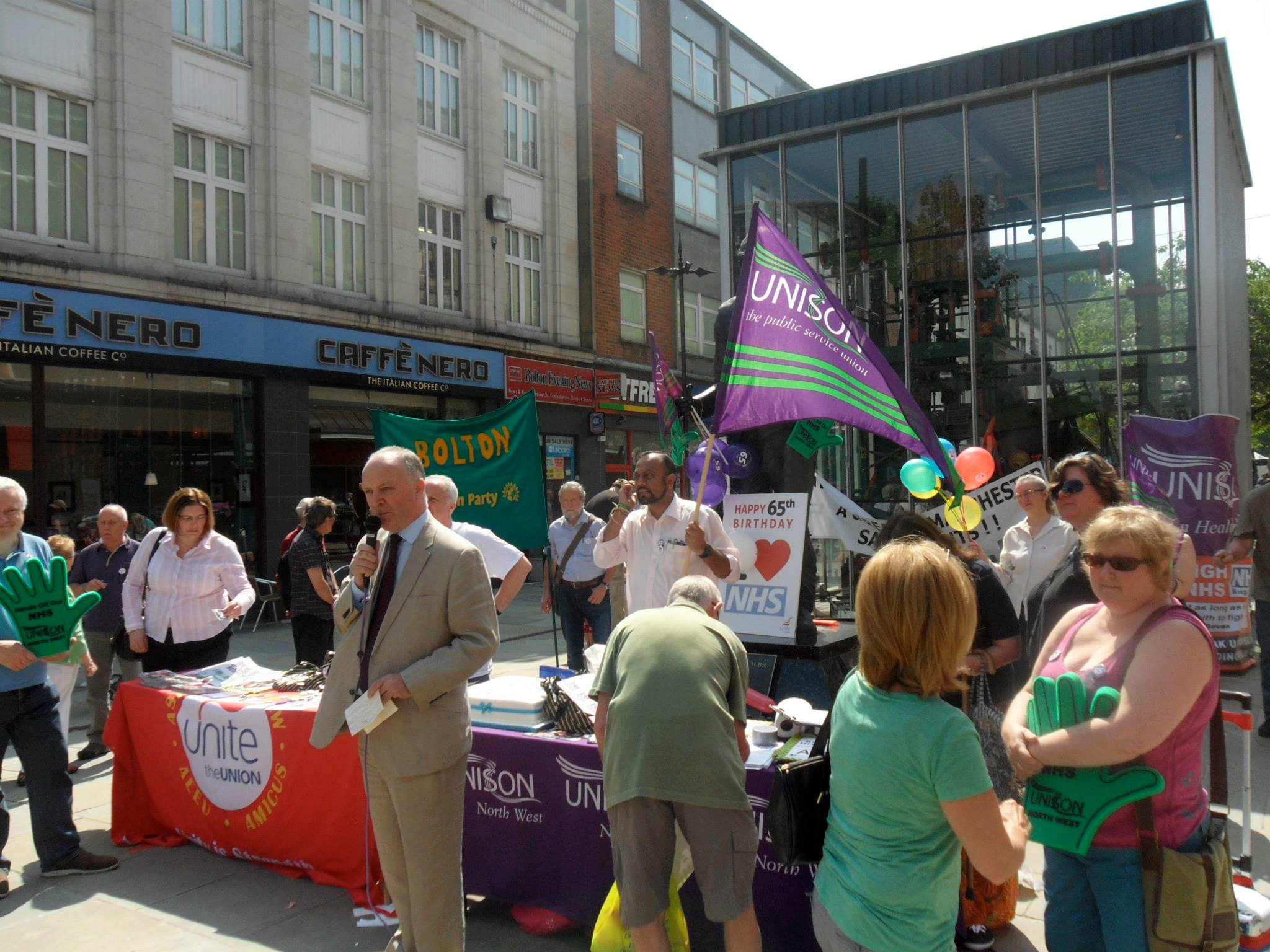 Campaigning for the NHS in Bolton town centre, 2013