Have your say -; New rules on puppy sales 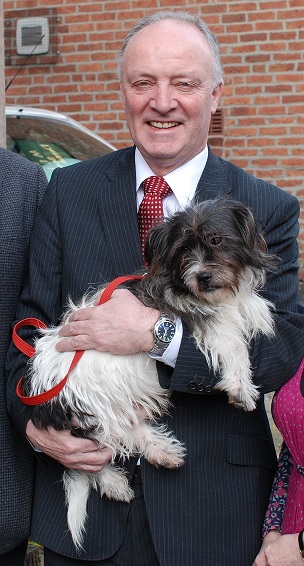 The puppy industry is booming, with more and more people looking to own a dog. Sadly this has raised a range of problems. The number of people breeding or importing puppies for profit is on the rise and the best interests of the puppies are often far from being the priority for breeders.

I have been urging the Government to investigate this industry and to tighten regulation to protect the welfare of puppies and also prevent owners from being ripped off by dodgy breeders.

Breeders often separate new-born puppies from their mothers far too early and don’t give them the necessary vaccinations. Families can take a puppy home without realising it is already very sick with worms, conjunctivitis or even the deadly parvovirus.

Illegally imported puppies can travel hundreds of miles alone in a small cage. Suffering through this ordeal can often leave them with behavioural problems throughout their life.

Last year I was one of 67 MPs to sign Early Day Motion 695 in support of Lucy’s Law, which would make it illegal to sell puppies unless the mother is present.

I’m pleased to see that after years of reluctance to take action, the Government now appear willing to listen to people’s concerns.

Yesterday they announced a consultation to gather opinions and evidence on the effect of introducing a ban on third party sales of pets in England.

If you would like to take part in this consultation you can find all the details here: https://www.gov.uk/government/consultations/banning-third-party-sales-of-pets-in-england-call-for-evidence

You have until 2nd May 2018 to submit your responses.