As people returned to work after the Bank Holiday any hopes that the train service might have improved were quickly washed away.

This morning I have received a letter from the Secretary of State for Transport. I’ve attached it in full at the bottom of this blog so you can read it yourselves. It’s clear from this letter that the Government simply aren’t listening and they aren’t prepared to take action.

The Secretary is blaming disruption on the implementation of the new timetable that began on 20th May. While it is obvious that this was handled incredibly badly and made things even worse, it is an insult to local rail users to suggest that everything was fine two weeks ago.

According to the Northern Fail app on Friday 18th May there were 117 trains fully cancelled, 63 part cancelled and 5 trains ran with reduced carriages.

Northern were failing to run a decent service on the old timetable and the situation was rapidly declining right up to the day of the change.

At the end of last week it was reported in the local press that the Government and Transport for the North had agreed an action plan for Northern to address the problems. This amounted to: Put trains on. Have staff. Talk to Network Rail and your customers. Should a rail operator really need such basic instructions on how to run a service?

An action plan is barely mentioned in the letter from the Secretary of State. His only offer of a solution is to make sure future timetable changes are more gradual and he hopes things will be better later in the year. Presumably this means after the Bolton line is ungraded, which isn’t due for completion for another six months.

We’ve heard these excuses before and we’ve had constant promises that things will improve months/years down the line. It’s not good enough. We need rolling stock, not rolling deadlines. Northern should be held accountable for their failings and there should be a clear plan to improve services both immediately and in the long term so that the public can hold them too. If they can’t provide a basic service then they should be stripped of the franchise.

This is too important to carry on with business as usual. People’s jobs are at risk because they can’t get to work on time. Family life is being strained as commutes have gone from half an hour to two or three hours each way. People’s mental and physical health is impacted by being crammed into a hot overcrowded carriage day after day.

I have been granted a debate in Westminster Hall on 6th June on ‘Northern Rail services in Greater Manchester’. A Government Minister will have to listen to our concerns about the unacceptably poor service and I will urge them to take action. They cannot keep ignoring the problems. 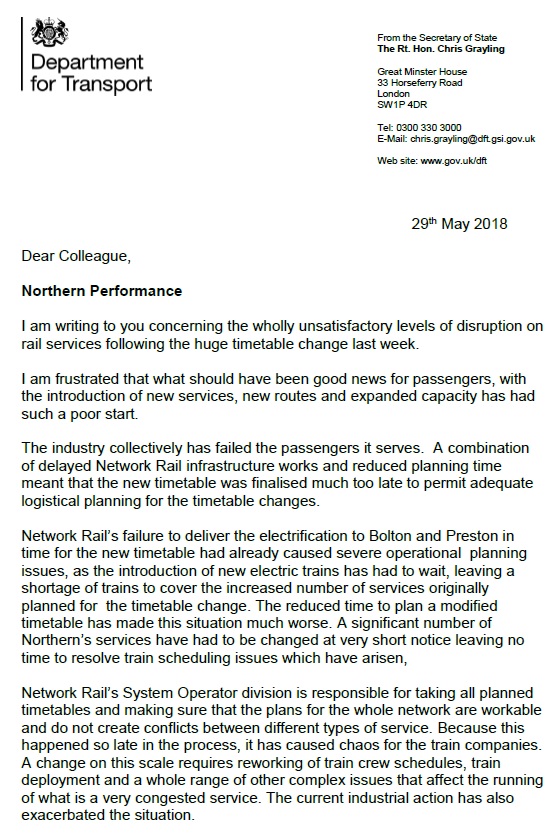 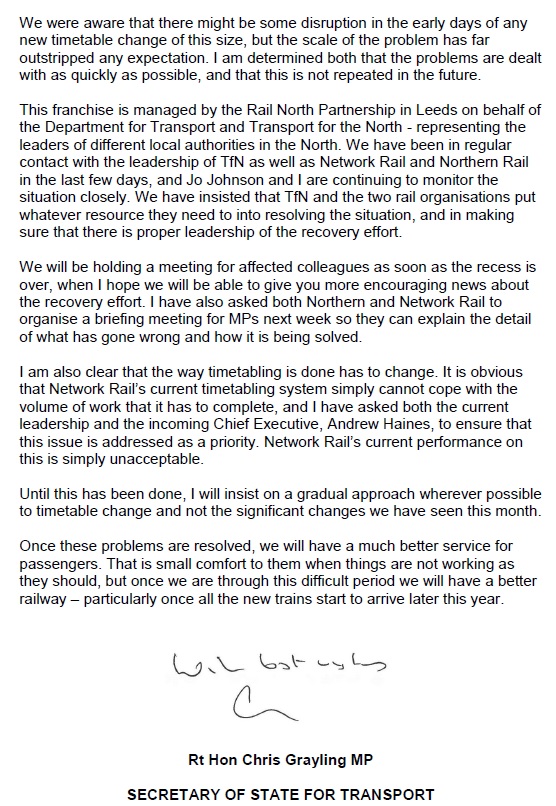